BadRabbit is a new ransomware that has been spreading across Eastern Europe.

Once a machine is infected, the malware tries to spread laterally via SMB and by trying to dump passwords using mimikatz.

It will then encrypt documents on the local machine, modify the MBR and reboot the machine making it impossible to boot without paying the ransom.

The following are examples of the visibility an enterprise that has RSA NetWitness Endpoint and Packets would have when a machine gets infected.

1st, from the perspective of RSA NetWitness packets, it is possible to see the SMB traffic generated by the infected machine, trying to login using a set of hard coded usernames and passwords (full list available here: BadRabbit credential dictionary – Pastebin.com ).

From the perspective of RSA NetWitness Endpoint, we can see the following:

We can identify the modules part of the attack.

– B4DD.tmp is a version of mimikatz to dump passwords using lsass.exe

– cscc.dat is a valid tool used for the encryption

– shutdown.exe is used by the malware to restart the machine

By analyzing those modules we can get bit more details.

For example, by analyzing dispci.exe we can see the extensions it looks for encryption: 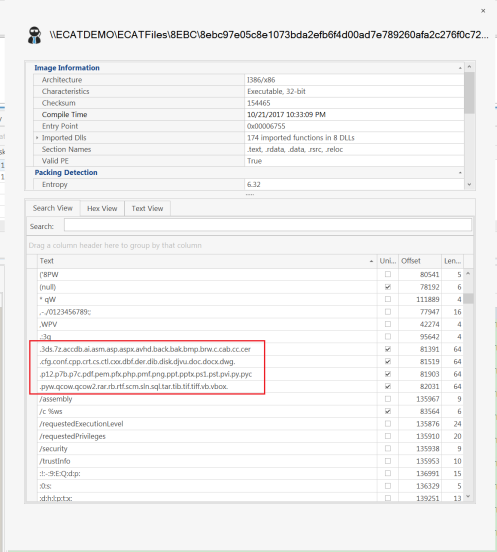 As well as some of the encryption/decryption messages that would eventually popup to the user: 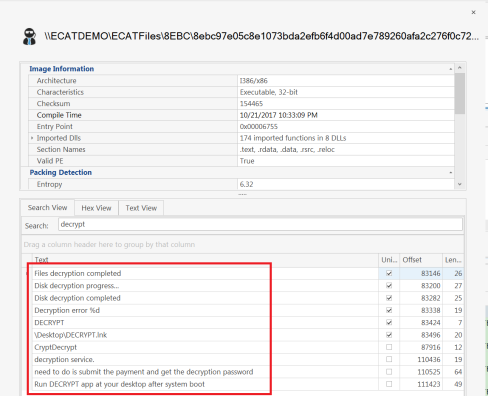 If we then look  at the triggered IIOCs and behaviors: 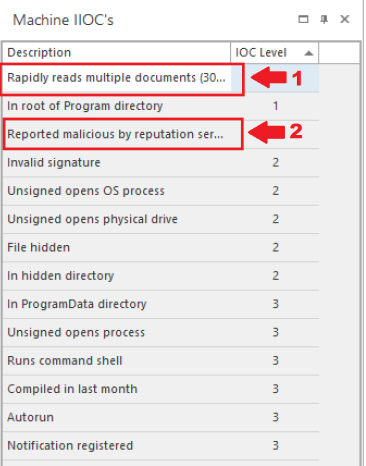 2- Reported as malicious by the reputation service (Reversing Labs)

If we want to look at more details for what has happened, we can look at the tracking data:

4- we then see B4DD.tmp (mimikatz) accessing lsass.exe to try and dump credentials

6- it then deletes logs and events

7- and finally removes/adds scheduled tasks to restart the machine

Once the machine gets restarted, the victim is not able to boot to Windows and gets the following message: 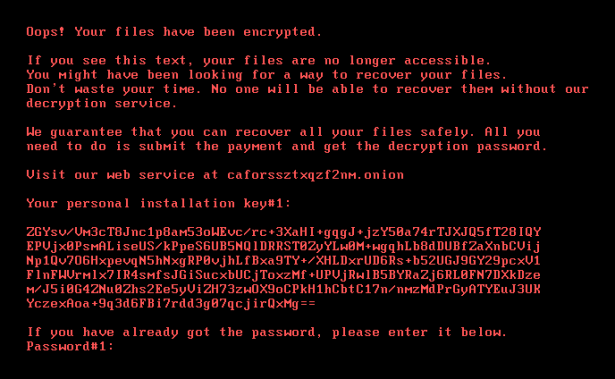 This shows how RSA NetWitness Packets and Endpoint can help get early notification and detection for new breeds of malware without relying on known signatures, and how they can be used to easily look for IOCs and indicators to quickly respond and identify compromised machines.